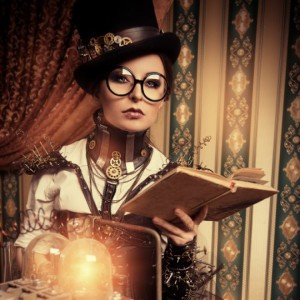 Review: Into The Fire by Jodi McIsaac 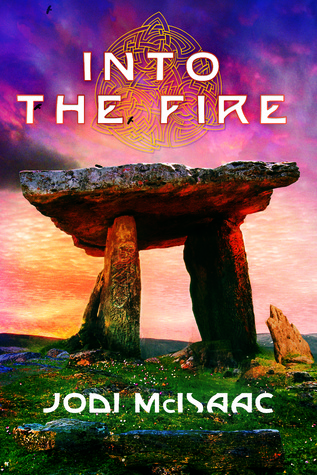 Cedar McLeod had a quiet life before the action in Through the Door, the first book in The Thin Veil series. A tired, overworked single mother, Cedar and her daughter Eden still manage to have a happy life. But one day, things change drastically. For Eden is more than she seems. So very, very much more. A single open door sends Eden and Cedar on a terrifying slide into horror and despair, as the teachings of Cedar’s mother, to not ever tell Eden of her father, pushes a child to make a devastating error – an error which cost lives, and lead to the kidnapping and terrorizing of Eden, and a trip across space and time to the land of Tír na nÓg, and a battle to save two worlds.

As Into the Fire, the second in The Thin Veil series, begins Eden and Cedar, and their newly found family, including Eden’s father Finn, have returned to Tír na nÓg. Destined for the throne, Cedar finds instead that Nuala, Eden’s kidnapper and the partner of the destroyer of Tír na nÓg, has entranced the Council, and is making a strong bid for the throne herself. Though Cedar’s parents were the King and Queen before their deaths and baby Cedar’s banishment to Earth, she finds that she must fight for her position, and for the protection of her family – and to save Tír na nÓg from the evil Nuala. It won’t be easy, and she will have to fight against the very people who should be working to help her, but in order to save her world, it must be done. Filled with Celtic myth, mystery, suspense and adventure, this second installment of The Thin Veil series is as good, if not better than, the first – and I great look forward to the third!

I received this book from the publisher in return for a realistic review. All thoughts are my own.

6 thoughts on “Review: Into The Fire by Jodi McIsaac”