Maybe I have just been so busy I haven’t noticed notifications (see how I did that? LOL) That is a definate possibility as I have been scrambling to meet my obligations for year-end so I can start 2015 fresh. Be that as it may, I was reading a post on Becky on Books…and Quilts and I caught this paragraph at the bottom of the page:

Kindle Scout is reader-powered publishing for new, never-before-published books. It’s a place where readers help decide if a book gets published. With Kindle Scout, Amazon is taking a 21st century approach to publishing, letting readers nominate which books progress to funding. It’s like your favorite reality TV show, except for books. It means you can now read excerpts from hitherto unpublished books and, if you like them, give your thumbs-up.Each book across the romance, science fiction and mystery & thriller genres, has 30 days to get as many votes as possible. After this period, Amazon checks which titles have the most backing, and selects which will be published.So why would you wish to nominate a title? Well, if you like what you’ve read in the short extracts, it means you can read the full novel when it hits publication. But more than that, you also receive a free Kindle edition a week before it’s officially released.

Hum… Well, that sounds Interesting! Apparently the first Kindle Scout winners were announced on December 2, 2014, so I am not too terribly far behind. But the more I look at it, the more I think what a great thing this would be for authors. Here is the link for authors to submit their books: https://kindlescout.amazon.com/submit

The first ten winners are shown here – click the art to go see information on the lucky books.

There is even a handy-dandy video to watch. Although, I couldn’t get the video link to work on the picture, you can see the opportunity to watch at the top of the page when you go to Kindle Scout.

You can keep up to three books nominated at a time, and update your nominations whenever you want.

After looking over the books available for nomination, these were my three: 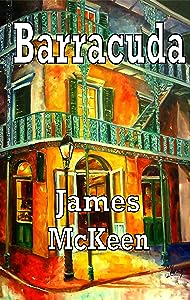 by James McKeen
A vengeful predator returns to New Orleans.

Thirty years ago, 12 year-old David Mathews survived a horrific night deep in the swamps of south Louisiana. Now his predator has returned, seeking his warped sense of revenge. His target: David’s only son. In a race against time, ex-NOPD Detective Evan LeBlanc must uncover hidden secrets and unjust motives, while putting his own demons where they belong; behind him. Through the streets of New Orleans, explore nightmarish evil, and how one man learns to embrace the future ahead.

Why I chose this book:  The cover caught my eye immediately. It reminds me of the works of Dianne Millsap and Dianne Parks, two of my favorite New Orleans artists. Next, the blurb kept me interested, then the first sentence of the book grabbed my attention and wouldn’t let go:

New Orleans is like a dead bride dressed in beautiful orange flowers.

Definitely got my vote. 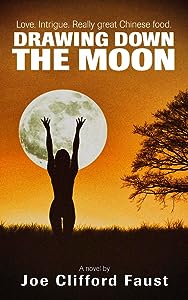 Drawing Down The Moon

When Ricky Gold met Kada in the middle of West Texas, he was intrigued by her name, her tattoo, and the way an angry redneck chased her out of the bar. When someone close to Kada turns up dead their flight begins, first from an assassin… then two… then every law enforcement officer in a five-state area. Drawing Down the Moon is equal parts Hitchcockian thriller and romantic comedy as Ricky and Kada lean on each other to survive – and hope to find some really great Chinese food.

Hum… Really great Chinese food. Well, what is not to like (grin). Again, the cover caught my attention, which is is important as we all know. And the blurb is well written.The first line?

My third choice is: 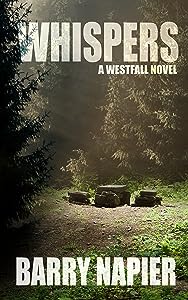 A set of stone pillars and two horrific masks appeared in the forests of Westfall, Virginia overnight. As strange as this may seem, Agent Graham Ogden has seen it twice before. And on both occasions, a series of murders took place. Ogden arrives in Westfall after two murders have already occurred. With the help of local Sheriff Travis Mears, he races to solve the mystery of the pillars and masks, trying to prevent more deaths while the town descends into madness around them.

When Pete Dooley cast his line into the water for the first time that morning, fog was still wafting across the pond.

That first line gives you a feel for the whole book, as well as melding into the cover art. Murder, mystery, rituals. Yep. Definitely the third of my choices.

Here is something I tell my editing clients all the time, in one way or the other. Some say your first eight words must catch your reader’s attention in or to keep their attention, some purport a specific number of seconds, from seven to thirty. Whichever you believe, you must believe that your work is not only important to you, it is important to your readers. Your work is their escape, a world where they can pursue their interests in whatever genre, of course – but more importantly, they can leave this world behind for one that engages their mind and heart. So many things make up a truly good book. Clear writing, character development, world building. And good editing! One of the books on offer interested me in it’s premise, but the immediate problems with editing and writing style turned me off immediately. Whether it was eight seconds or thirty, I wouldn’t consider wasting my precious reading time on sloppy work.

7 thoughts on “Kindle Scout – Crowd Sourcing For Authors And Readers”