In the land of “Leiah doesn’t watch the news” – well, sometimes not watching the news means that you miss really interesting stuff. So, I got a subscription to Newsy Science on youTube, and I have to say – I am having a Ball! And really kicking myself. I love “sciencey” stuff, and I have really been missing out. It is sort of like how I go months without watching CBS News Sunday Morning, then kick myself when I realize it has been so long I have missed out on a lot of stuff that I would have really enjoyed (even if they do have a “news update” section I can simply skip through… I know what bad shape the world is in, I just don’t want to be beaten over the head with it. And if that makes me shallow, so be it. I did my thing for stopping violence against women, children and animals for years. I’m tired.)

Anyway. Here is a video I really enjoyed today, and I thought you might enjoy it as well. I watched several others, but this is rather short, so if you are bored, you don’t have to watch for long. If you are not, you can watch this, and others. It is about the archeological excavation of (so far) 3000+ human skeletons at London’s Liverpool Street, as part of a dig for the city’s new Crossrail line.

Apparently, this was the site of the ‘potter’s field’ for the infamous Bedlam Hospital, used from 1569 to at least 1738. I did find a book on Amazon, 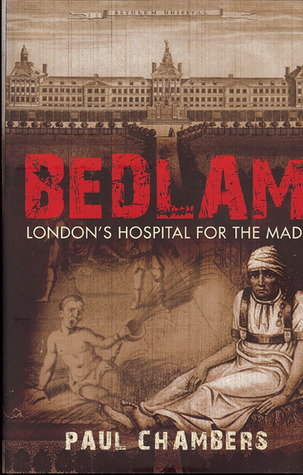 Bedlam: London’s Hospital for the Mad by Paul Chambers. If you are interested in the subject, I haven’t read it (yet) but it sounds well written.

With London’s history, of course, you can’t plant a rose bush without turning up some portion of history, but this site is providing a rich history, including not only the more recent Bedlam dig, but also eventually excavating what they believe will be an ancient Roman suburb.

Of modern day interest, at least one historical building, part of the Woolwich Arsenal, built in 1739, could (or maybe has already been?) torn down for the rail line, even though builders admit that it doesn’t really have to be – but it would be cheaper, which we all know is what REALLY matters, right? Gag.

This site, and others being excavated also served as mass burial sites for plague victims. While the “Black Death” of 1348 – 1350, and the “Great Plague” of 1665 are famous worldwide, these famous outbreaks are only two of nearly 40 that London suffered between 1348 and 1665. A total lack of hygiene, sewage running in the streets (and flying out of windows from chamber pots dumped out windows – Just. Ew.) and ridiculous Christian religious beliefs (don’t bathe, keep windows closed in sickrooms, kill cats because they are instruments of the devil), and people living elbow-to-elbow in the streets in abject poverty, allowed disease to run rampant, killing millions. These new digs will tell the history of these times, in meticulous detail.

On another interesting note, the gaps in the development history of homo sapiens is being filled. Check out the video here: