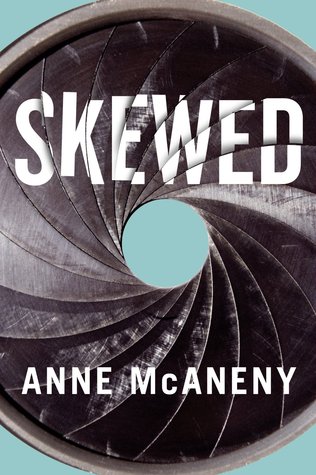 Since narcissism is fueled by a greater need to be admired than to be liked, psychologists might use that fact as a therapeutic lever – stressing to patients that being known as a narcissist will actually cause them to lose the respect and social status they crave. – Jeffrey Kluger

Jack and Jane Perkins never had a chance at privacy, even before they were born. The story itself has been described before, in the blurb and in the reviews. What is most interesting to me are the personalities involved. While Jane prefers to put the past behind her, dreaming of the sort of quiet life she has always wanted, Jack, her twin, becomes a politician – the perfect life for a totally self-obsessed narcissist who has lived his life in the limelight.

McAneny has a deft hand with characters. From the twins themselves to Grady, the man who went to prison for their mother’s murder to Jane’s beloved grandfather (I really don’t see Jack as caring about anyone other than himself, as he proves over and over again . . . though he does show the occasional thought for his sister – when he isn’t ridiculing her), The fact that my brother now worshipped that phony murderer-cum-jail hero was the sharpest edge of the wedge driven between us. There is a level of ‘quirky’ that drew me into the story. I could see many of the police officers and crime scene analysts I used to know in the qualities of the characters.

Wexler rubbed his chin. “Who were the Haiku Killer’s Other victims?”

”A priest, a philosophy professor, and a doctor,” I said.

What is just as interesting to me is how McAneny explores the phenomenon of Hybristophilia, blending it with the types of political paraphilia inherent in the mindset of the public. It slides beneath the storyline, twisting and turning through and across a story of madness, murder and skewed social truths.

The serial killer story is well written overall, though I did find some glitches that made me scratch my head a bit. But overall, the story is tight. Sophia is probably my favorite character – her personality and particular thought process makes me want to read a book about her!

I received the book from the publisher in return for a realistic review. All thoughts are my own.