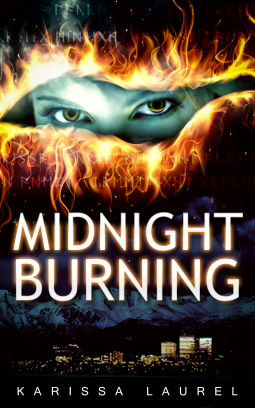 One must still have chaos in oneself to be able to give birth to a dancing star.” – Friedrich Nietzsche

This dream was worse, So. Much. Worse. Than all the others. Horrifying, bloody, savage. And the worst part?

Solina’s brother is dead, torn apart by a wolf-like creature. A monster who talks. Who thinks, and plans, and has yet another goal.

A baker by trade, an introvert by nature, Solina Mundy is pulled to Alaska where her beloved twin met his end. Ostensibly, to gather her brothers things and close down his apartment. Realistically? To find out what really happened to her brother. Everyone is hiding things. Everyone apparently knows things she doesn’t. And they have no intention of telling her anything – or of helping her in any way. Go Home, Little Girl. Nobody wants you here.

Like. Hell. Solina is afraid, sure. She is, by nature, passive. A homebody who spends her time working in her parent’s bakery, kowtowing to their every wish. She has always left her twin, Mani, to be the adventurous one, the one who allowed her to live vicariously through his actions. But now, Mani is dead, and Solina is meeting obstacles every way she turns. Mani’s boss, Thorin, is a cold, unwielding jerk, belittling and demeaning in word and action. Val, on the other hand, is a Player, in all forms of the word. He was Mani’s best friend, and helped Solina though the first few months after Mani’s death. But now that she is there, she finds that he is more like a bull moose in rut than a real friend, and no matter how she tries to keep him in the friend zone, he keeps pushing, pushing, pushing. No respect there, only a single-minded determination to drag her into bed, no matter the pain it brings Solina when she comes to realize that he only wants to screw, not to be real friends. Val, the “Patron Saint of the Perpetual Erection.” Sigh. What a jerk. When she needs a friend as much now as she did when Mani died. Possibly even more.

Then, Solina meets Skyla. A former Marine and one tough cookie, Skyla is the woman Mani loved. And she loved him as well, with all her heart. She isn’t about to let his death go unpunished. And if helping Solina will help her meet that goal, she is all over it. Sol and Skyla quickly become close friends. Which is all to the positive, as the world begins to blow up around them.

You see, Solina and her twin are more than they ever could have expected. And if their enemies have anything to say about it, Solina will die as her brother did, ripped apart by a monster. And then?

And then, the world will burn.

This book is amazing. Really amazing. It delves into a mythology I have read very little about, and I found that incredibly refreshing. I don’t want to give things away – whatever I say will cause spoilers, and as I know my review will be one of the first ones out there, I don’t want to ruin it for other readers. Suffice it to say that it is a wonderful pleasure to watch a woman like Solina, an introverted woman who never even raised her voice in the past, much less her hand in anger, grow into someone who is learning to embrace her own power. This isn’t a Mary Sue “I was just a normal person and now I magically kick backside” sort of story. Solina takes the pain and gets up, over and over again, learning the whole way, making mistakes, and suffering for it. She isn’t stupid – far from it. Those around her, except for Skyla, treat her like she is worthless – though the whole world, and their own survival, balances upon her staying alive. Their dismissal of her Ticked. Me. Off. Which makes it even more fun when she takes their dismissal and slowly, but surely, turns it back on them.

This is, I deeply and profoundly hope, the first of a series. The book doesn’t end on a cliff-hanger, per se. But there is plenty of room for the story to continue. My only problem? Now I have to WAIT for the next one!!! Sigh. That is going to be MASSIVELY difficult!!!

I Highly recommend this book for those of you who enjoy a well written modern day Fantasy with a mythology you certainly haven’t read much on before (if any), well-developed female characters (yes, with an ‘s’ – there are several well developed characters here, even if one of them makes me want to slit her throat and watch her eyes dim to empty black), a creative story line and wicked good thrills.

Midnight Burning was received from the publisher in exchange for a realistic review. I will have the next in the series on my Must Have list – I enjoyed it that much.

If you like my reviews, please choose “This review was helpful” on Amazon, or whichever site you visit to purchase your books. The authors will appreciate it, as it draws more attention to my reviews! Thank you!!!