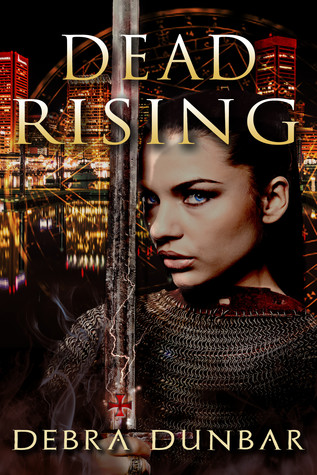 “The noir hero is a knight in blood caked armor. He’s dirty and he does his best to deny the fact that he’s a hero the whole time.” — Frank Miller

“When in doubt, follow the truth. The path is often well-illuminated and it usually leads me in the right direction.” — David S. Brody, Cabal of The Westford Knight: Templars at the Newport Tower

“Let evil swiftly befall those who have wrongly condemned us – God will avenge us.” – Jacque (Jack) De Molay, last Grandmaster of the Knights Templar, Friday 13th, 1307

They started as protectors of Pilgrims on the Path. About 1119, Hugues de Payens, a French nobleman, began The Knights Templar, a group of knights charged with protecting the weak and innocent on their journey to visit the Holy Places.

From religious vows of obedience, chastity, poverty and piety, and under the orders of the Church, they became slaughterers of anyone who didn’t believe in Christianity. Thousands perished under their swords, men women and children. They became bankers to the world, an order without “clear purpose or support,” but with enormous financial resources and power.

Well, the church couldn’t have that. So, at dawn on Friday, October 13, 1307 their members were arrested, charged with heresy, blasphemy and various other crimes, tortured, and then executed.

Now, in Debra Dunbar’s marvelous imagination, the Templars still exist – but nothing as they were before. Focused on protecting their Temple filled with magical treasures and conducting research, they no longer Protect Pilgrims on the Path. Oh, they still train. With swords. Yeah, try riding a horse around town with a hand and a half bastard sword strapped to your back and see how far that gets you in this day and age. But mostly? They sit around the pool at their mansions, sipping martinis and playing golf. Well, all that treasure, invested properly, means that everyone inducted into the order pretty much lives a life of fairly obscene luxury. Well, except for Solaria Angelique (Aria) Ainsworth. Nope. Aria works in a coffee shop for minimum wage, lives in a hovel of an apartment, and lives on Ramen. At 26, she is far past the age she should have taken her oath to the order (no matter that her mother nags her constantly!). She knows the Templars should be more. They should still be protecting the Pilgrims, not counting their gold. The modern Templar belief is “only God should judge.” Of course, after their brutal and bloody history, it is easy to understand the reasoning – but to Aria it is a cop-out. There are still Pilgrims trying to find their way along the path, and they need protection.

Even if they are vampires.

When Leonora, the local vampire Mistress, asks for her help in identifying a mysterious sigil, she thinks it will be no problem. After all, she is a well-trained researcher with a massive collection of mystical texts. Oops. Finding the meaning is hard enough (after all, she only has seven days) but then? Things get sordid. Mass murders, the forty year old slaughter of a happy family, and secrets and lies force Aria to make a decision. Who is right, who is worthy of her protection – and who deserves to die.

I loved the idea behind the story. Aria? Nope – not so much. Almost not at all. The woman is 26, she has intense training, and not a lick of self-preservation or emotional common sense. Tell me this. If you know for an absolute fact that if you are to screw the vampire you will last maybe a few weeks, at most a couple of months, and then you will die . . . would you Really be considering actually doing it?!?! Yep. That pretty much ruined the book for me. Everyone who knows me know I love a strong female character. And in a lot of ways, she is strong. She is trying to do the right thing, for the right reasons, but her emotional “I am a pre-teen with a vampire crush” whining throughout the book really turned me off. I mean, seriously turned me off. I kept reading because the book overall was quite good, but I doubt I will read another.