I first read “The Sword of Shannara” back in the 70’s. A true ‘Sword and Sorcery’ tale, complete with dragons and monsters, gnomes, elves, and all the rest, The Sword was high fantasy at its best. Flick and Shea Ohmsford, country boys, out to save the world. Then, of course, life happened, and though I read many of Terry Brook’s books, and listened to many more, the Shannara cycle fell to the back of my mind.

Recently, I came across The Shannara Chronicles, a 2016 television adaptation of the Shannara series, and gave it a try. With Austin Butler as Will Ohmsford, (and of course, you can’ have fantasy on television without John Rhys-Davies) the storyline is:

An Elvish tree, known as the Ellcrys, is dying. The bad news is that the tree has been the only piece of magic that protects the Four Lands from the Demon World. Amberle Elessedil is the only one who can save the tree. But she has to unlock magic that the Elves haven’t used in thousands of years. With the help of Wil Ohmsford, she travels to find the lost magic. But it won’t be an easy task. – Written by Chris Green

OK, the show was really bad. Dumbed down to reach the Twilight crowd, this group of hormonal teenagers really wasn’t pleasant to watch. True Shannara fans must have been throwing things at their television screens . . . I made it through the first one and then knocked it off my Netflix “watch” list. However, the show lead to me restarting the Shannara series itself. Though I have the paperbacks, (The top photo is of my edition, an oldie!) there was an audio copy at my local library, narrated by the incredible Scott Brick, so I picked it up to listen. What I found, after so many years, was a

disappointment. Yes, the story is everything a Lord of the Rings (the photo at right is of a first edition set) fan could ask for. But that is exactly why I was disappointed. I simply couldn’t get over the parallels. It felt very much like ‘same song, different verse’.

“Long ago, the wars of the ancient Evil ruined the world. In peaceful Shady Vale, half-elfin Shea Ohmsford knows little of such troubles. But the supposedly dead Warlock Lord is plotting to destroy everything in his wake. The sole weapon against this Power of Darkness is the Sword of Shannara, which can be used only by a true heir of Shannara. On Shea, last of the bloodline, rests the hope of all the races.” – Smile.Amazon.com blurb

Then, I sat back and laughed at myself. Snotty much? I first read LoTR many, many years ago, when I was still in elementary school, and it set my expectations for books for many years to follow. And while the overarching storyline is indeed very similar, what did I expect? This is sword and sorcery at its finest – a genre I have loved all my life. And as amazing as that Oxford Don proved to be, he single-handedly developed a genre that was the focus for all that were to come. And Mr. Brooks is, in my opinion, the greatest of those followed in the footsteps of the Giant of the genre, the father of them all. 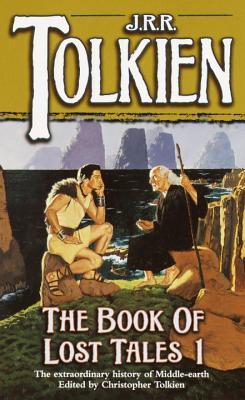 Stricken ill after the Battle of the Somme in 1916, Tolkien first began writing The Book of Lost Tales to pass the time as he recovered. By 1925 he was Professor of Anglo-Saxon at Oxford University, and the literary world would never be the same. Brooks’ story is much different. Growing up in the rural midwestern town of Sterling, Illinois, he gained a BA in English Literature, but like many of his generation, that Lit degree didn’t go far, and he moved on to gain a J.D. from Washington and Lee University, practicing law for many years before beginning 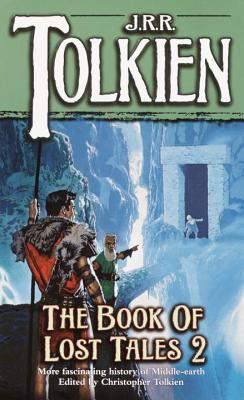 his writing career in earnest. As the Shannara Wikia puts it:

“One day, in his early college life, he was given a copy of The Lord of the Rings by J.R.R. Tolkien, which inspired him to write in one genre.”

And his writing really is inspired. Though drawing heavily from the tales of his beloved predecessor, Brooks developed a story beloved by millions, just as Tolkien did before him. 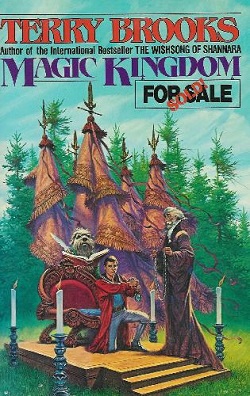 If you are a lover of all that is sword and sorcery, this series, and the other works of Brooks (I am partial to the Magic Kingdom of Landover series. Bumbling wizards, evil dragons, talking dogs and all. . .) are all wonderful. If you haven’t picked up any of his books, and I can’t imagine you haven’t if you are a reader of fantasy at all, you should. And if, like me, you haven’t visited this marvelous world in years, then you should. Enjoy!

J.R.R. Tolkien, MTv, Scott Brick, Terry Brooks, The Book of Lost Tales, The Lord of the Rings, The Sword of Shannara