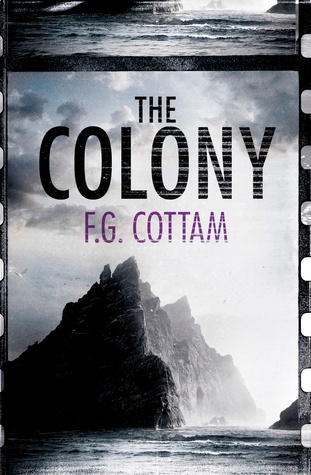 “It is, alas, chiefly the evil emotions that are able to leave their photographs on surrounding scenes and objects and whoever heard of a place haunted by a noble deed, or of beautiful and lovely ghosts revisiting the glimpses of the moon?” – Algernon H. Blackwood

“Many miles away there’s a shadow on the door of a cottage on the Shore of a dark Scottish lake.” – Sir Walter Scott

The island is known as “New Hope.” Hard. Unyielding. A tiny speck of rock in the Outer Hebrides, off the western coast of Scotland, it was an odd place to begin a religious colony. Especially as a colony of crofters. And odder than that? Their religious leader simply walked away from his lucrative business as a slave ship captain known for his murderous treatment of the slaves in his hold, embracing a desperate sort of religious fervor incomprehensible to those who knew him.

But the colonists arrived, and for a while, they thrived through sheer hard work and determination. Until, that is, they simply vanished from the face of the earth. No bodies. No graves. Food still on plates with chairs pushed back, boots and shoes left at the door. Gone.

Fast forward to modern time. Alexander McIntyre is a media mogul, determined to prove that paper and print are not a lost art – that the internet will not destroy the business he loves. And Alexander McIntire has a secret. A secret, he hopes, that will help him to do so. Alexander’s pet private eye has found a snippet of film from the 1930’s. A snippet which may well help solve one of the foremost mysteries of a century ago. What really happened to the 150 settlers who landed on New Hope Island, only to disappear into the ether?

His sturdy band of specialists includes everything from virology and forensic archaeology to a lecturer on alien abductions. Throw in a well-respected medium and a Catholic exorcist, and surely the mystery will be solved after all these years. And, of course, McIntyre’s paper will be saved.

So, off the intrepid team sails, to a land not only cold and inhospitable, but very, very deadly.

“A God capable of creating the universe would not wish to be worshiped by man, says Captain Ballantyne. Vanity is a human failing. Why would an omnipotent being crave our fear or flattery or even be sincerely interested in our gratitude?”

I don’t often read horror, but the premise and setting of The Colony caught my attention. And of course, a good cover always helps. For some reason, this stark, black-and-white image kept drawing my eye until I had to see what it was about. And then I was hooked. And the story itself didn’t let me down. As bleak as the shores which it portrays, the story strips its characters bare, touching the worst, and yes, the best, in the human soul.

The second book is The Colony: Dark Resurrection.

This book is free with Kindle Unlimited. So, what are you waiting for? It needs a solid Scottish editor, but it is highly atmospheric and readable.