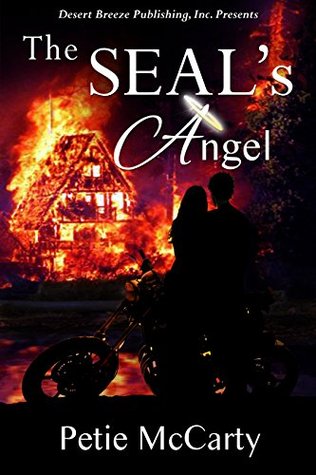 “I’ll tell you what I’m fighting for. Not for England, nor her allies, nor any patriotic cause. It’s all come down to the hope of being with you.” ― Lisa Kleypas, Love in the Afternoon

“War always reaches the depths of horror because of idiots who perpetuate terror from generation to generation under the pretext of vengeance.” ― Guy Sajer, The Forgotten Soldier

“The footprints of an Angel in your life are Love.” ― Genevieve Gerard

Cory Rigatero is one strong young woman. A young woman who has suffered loss and betrayal, pain and suffering, and still keeps right on getting up in the morning, fighting to keep her family’s legacy, Bel Tesoro, “Beautiful Treasure” the family resort on the edge of Cory has lost everything. Her parents. Her brother, a SEAL, listed MIA two years ago. Now, it is her and Vern, her manager and general handyman at Bel Tesoro, a pile of bills, and a desperate need to keep Bel Tesoro alive.

Her brother Brian’s last words before he left her all alone six years ago were, “I prayed for a guardian angel for you last night to dog your steps while I’m gone…”

She is going to need that angel – because bad things are happening at Bel Tesoro. Things that may land Bel Tesoro in the hands of Percy “Senior” Standish, local rich bully, who is determined to buy Bel Tesoro out from under Cory and raze it to the ground in order to build honeymoon cottages as part of his own huge, overblown, high class resort on the other side of the lake. And if bad – read, ‘expensive’ – things continue to happen, she may have no other choice.

Of course, the bad things didn’t start happening until “Mac” shows up, all bearded, long haired Harley riding drifter. Vern trusts him, so Cory lets him stay to work. But when two of her resort clients nearly drown due to sabotaged kayaks, and Cory herself nearly dies when the dock collapses, trapping her under the pilings, Mac becomes suspect number one for the sabotage.

There are layers of story here. The sabotage at the resort. A mysterious package from her brother, who has been listed as dead for the last two years. And a break in by two foreign speaking men, “Where’s Formula?” Cory is terrified now not only of losing Bel Tesoro – but of losing her life.

I loved this book. Really loved it. The story line is well-developed, and the characters are believable. There is mystery, suspense, thrills. Cory is a strong woman character without being over-the-top, and highly likable. The pace is fast, and Cory barely has the chance to catch her breath as things spin out of control around her. And the very ending? Well, it was, in a word, a great ending. You will have to read it to find out what happens, but it left me with a huge smile on my face. Again, I loved this book and highly recommend it to mystery and suspense lovers with a quirky sense of humor.

As an aside – a major character in the book? Lucky Luciano. If you aren’t familiar with America Mobster History, Lucky Luciano, Bugsy Siegel, and Meyer Lansky were three of the most famous American mobsters in history. History comes into play here in Lucky’s story and how it crosses and melds with Cory’s great-grandfather, Brocconi “Brock” Rigatero’s history as he built Bel Tesoro. Lucky’s history crosses my own, as my own grandfather was Lewis Archer Cooper, Chief of Police in Hot Springs, Arkansas during the period. Family stories say that Arch, besides being COP, also owned bars and, uh, hum, “bath houses,” with Lucky. Seeing as how Lucky was arrested in Hot Springs by a federal agent who was investigating “Other Matters” in Hot Springs at the time, I got a huge kick out of reading about Lucky’s part in this story! Oh, and as for one of my pet peeves? GREAT COVER!! It caught my eye right away and led me to read the blurb, which made me want to read the book. Awesome!

I received this book from Reading Alley in exchange for a realistic review. This is the third Mystery Angel Romance. Each stand-alone love story has an angel hidden in the plot, and the angel’s identity is not revealed until the finale unless the reader figures it out first.

Petie McCarty spent a large part of her career working as a biologist at Walt Disney World — “The Most Magical Place on Earth” — where she enjoyed working in the land of fairy tales by day and creating her own romantic fairy tales by night. She eventually said good-bye to her “day” job in order to write her stories full-time. Petie is a member of Romance Writers of America, and she shares homes in Tennessee and Florida with her horticulturist husband, a spoiled-rotten English Springer Spaniel addicted to pimento-stuffed green olives, and a noisy Nanday Conure named Sassy who made a cameo appearance in Angel to the Rescue.