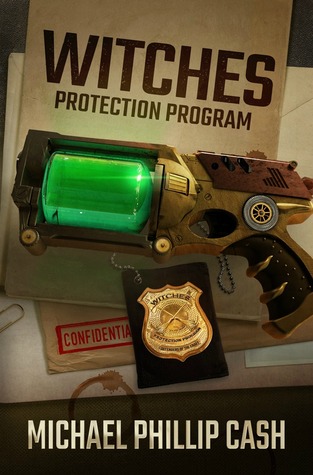 “You are what you believe yourself to be.” – ― Paulo Coelho, The Witch of Portobello

Wes Rockville comes from a long line of distinguished family members. Besides the string of famous men and women in his bloodline, his sister is an eminent prosecutor in New York, his brother is the head of counterterrorism, and his dad? Well, his dad is his boss in a police division started by his grandfather. Makes it pretty darn hard to keep up when you’re dyslexic, and dad certainly doesn’t understand what that means. For his father, dyslexic simply means stupid and incompetent.

But Wes works hard. Harder than his sister, harder than his ‘perfect’ brother. That is what it takes to overcome dyslexia and become a member of his father’s elite squad.

Now, Wes’s father is furious and Wes is disgraced and kicked out of the unit. His last chance? DUMBO.

Nope. The Department “Down Under the Manhattan Bridge Overpass.” And this is certainly no circus. Well, maybe it is. Because, Really – Witches?!

Only, apparently it is right – and Wes’s life is about to be turned on its head. Witches and spells, shapeshifters and things that go bump in the night are all real, and they are all determined to capture tiny little Morgan Pendragon, a Davina with a nasty bunch of women determined to get her back, and apparently take over the world.

Witches Protection Program is a hoot, with a strong undernote of poking very sharp, very pointy sticks at social injustice and political manipulation. Oh, and a strong vein of Steam Punk!!! Woo Hoo!!!!!  In other words? I got a kick out of it, and I hope you will read it and enjoy it as well. This book is FREE on Amazon Unlimited, or only .99 on Kindle. Can’t beat that!

I received Witches Protection Program from the publisher in exchange for a realistic review. All thoughts are my own.

If you enjoy my reviews, please click over to Amazon and click “This review was Helpful” if you don’t mind. It will help the authors by drawing attention to my reviews! Thank you so much.

The biggest problem with dyslexic kids is not the perceptual problem; it is their perception of themselves. That was my biggest problem. – Bruce Jenner

I am not dyslexic myself. But, my god, how horrific it must be, to simply not understand. Not understand the concept of reading, how to read, what the words mean. How horrible it must feel, how terrible for the self-esteem for the child affected. Though dyslexia was first coined by Rudolf Berlin of Stuttgart, Germany, in 1887, it simply described the “inability to read.” Nothing was known at that time, or for a long time after, about the causes of dyslexia, or what dyslexia truly “means.”

Today, much more is known about the syndrome, it’s causes, and methods to assist the dyslexic child – and nothing truly helps the dyslexic child in a school setting, where teachers and other children are nothing but cruel. And Jules Kilroy certainly suffered. Dyslexia does not mean that a person is unintelligent, often far from it, as in Jules’ case. But it does destroy self-esteem, and this, too, is something Jules’ suffers from in spades. A victim of poor self-image, and the loss of her family, with no support anywhere, Jules acts out in all the common manners, from alcohol to sex. Sex that leaves her pregnant and alone duped and dumped by a married man. With only her brother, Jack, to turn to, Jules flees London to Chicago, where her brother is a famous chef and restaurateur.

This is apparently a later book in the series Hot in the Kitchen, so there was quite a bit of back-story that was going on, but it still stood well on its own. The story revolves around Jules, of course, and what happens to her and her baby, Evan. It is also a great story of a restaurant family, the DeLuca family. Wonderful food, a warm and loving family, and a ‘behind the scenes’ look at how restaurants and their staff work made the story highly interesting to a non-restaurant person like me. But what I truly liked about the book was Jules growth and development as a person. After a cold and bitter childhood and young adulthood, we watch her gain her strength, to accept herself and her strengths, and to become more than she ever thought she could be. This may be a ‘simple’ romance, but to this reader, it is much more than that. It brings attention to dyslexia and how damaging it can be – and how, with understanding, love, and caring it can be overcome, and provide a platform for growth.

The romance itself (hey, it is a romance novel, after all) is quite well written in many ways. Tad DeLuca, the love interest, is broken in his own way. Blaming himself for the accidental death of his parents in a car wreck ten years ago, Tad becomes the penultimate ‘bad boy’ flitting obsessively from bed to bed, utilizing his (stupendous, of course) looks to rack up enough notches on enough bedsteads to create a pile of kindling. Deeply damaged, he becomes best friends with Jules, even holding her hand through Evan’s birth, and helping Jules to recognize who she is, and what she is capable of.

I received this book from Netgalley in return for a realistic review. All opinions are my own.