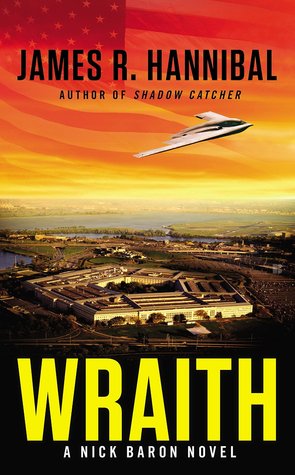 Turning and turning in the widening gyre
The falcon cannot hear the falconer;

Things fall apart; the centre cannot hold;
Mere anarchy is loosed upon the world,
The blood-dimmed tide is loosed, and everywhere
The ceremony of innocence is drowned – W.B. Yeats – The Second Coming – 1919

Wraith is, by no stretch of the imagination, a light read. Be prepared to be overwhelmed by details – details about everything from exactly how an Irish Cross is carried out ‘arguably the most complex maneuver in the Warthog tactics manual.’ And no, that isn’t something from Hogwarts – It is a four aircraft multiple weapon attack on a target – to every single step, step by (for me) excruciating step, including weapons, planes, and everything else required in war.

I wanted to read this book. I really like military thrillers, and, if these are the types of books you like, I would recommend you try it out. The problem for me was that it simply exhausted me – from word choices to descriptions, there was just too much. Too much description, too many jumps between settings. The overall writing and plot could have been so very much better with a good, sharp editing pencil. Of course, that is my opinion – for many readers of military thrillers, this is just the sort of read they are searching for and will absolutely love Wraith. The plot is good, though very heavy in the overall concept. But if you are extremely interested in warfare and all of its levels, this is an exceptional book to meet that armchair warriors needs.

I received an e-ARC through the publisher in exchange for an honest review. This in no way influenced my opinion. 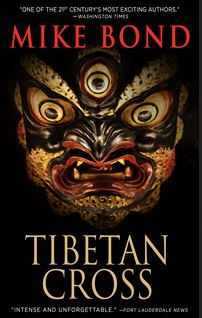 “Big business, war. The biggest. You know, one of the poorest kept secrets about Nam was we got into it to protect the CIA–their drug smuggling rings out of the Golden Triangle.”

“You ask any guy who worked in Air America, the CIA freight line, in the sixties, and he’ll tell you about the tons of heroin they shipped out every month, out of Laos and Cambodia and South Vietnam–Hell, on river patrols we’d sometimes bring a boatful (spl) of the shit right down the Mekong. The CIA put it on planes and sent it Stateside, kept the locals high and mellow and made the CIA billions of bucks they spent on actions Congress or the generals wouldn’t go for.” Alex kicked a stone from the trail. “When we split Nam, the CIA lost its major source of funding, baby.” – Conversation between Alex and Cohen, Tibetan Cross – Mike Bond

“For me that was the final turnoff, about the States …”

“That we’re a society based on war, that we can’t exist economically or psychologically without someone to hate.”

“That’s why we invented the good old Commies. Those folks I was fighting in Nam had never even heard of Communism. They were defending their homeland from aggression, same as any American would.” – Alex, Tibetan Cross – Mike Bond

It seems like I would learn. I really don’t like Mike Bond’s writing style. It is too choppy, too terse, for my tastes. And then there is the “comic book” brutality – the hero takes damage that is, literally, too much to be survived – and then jumps up and runs away like nothing has happened. Clive Cussler, James Rollins and others write ‘kick-ass’ heroes – but even they wouldn’t find this amount of brutality against their heroes survivable. Bond is one of the most testosterone driven thriller writers out there, which is fine in and of itself, but come on, Mike. Can we have a little realism at some point?

This is the third Mike Bond book I have reviewed and, again, it seems like I would learn. I am never happy with them, but I get sucked in, because his overall story concepts are exceptional, and his research on the actual political and military history and up-to-date happenings is beyond reproach. It is terribly frustrating! I want to enjoy the intrigue, but the bad case of testosterone poisoning means that I wind up skimming the story instead of enjoying it.

Beginning in Nepal, this book resurrects the war between China and Tibet just after the Vietnam War. Our heroes are leading a photographer/journalist and several Sherpa to Mustang – the former Kingdom of Lo, hidden in the rain shadow of the Himalaya in one of the most remote corners of Nepal. Only, things are not really what they seem, of course, in this shattered land, where starvation, murder, and incredible brutality is carried out by the Chinese against the poor and defenseless lands of Nepal and Tibet. And the Tibetans and Nepalese fight back in any way they can – with a little help from the “friendly” CIA. . .

“It is difficult to fight tanks and planes with stones.”

When Cohen escapes from the slaughter of his friends and traveling companions, including his best friend Alex, he treks alone cross-country in a desperate attempt to reach Katmandu (also Kathmandu) before he is captured and killed by the same weapons runners who killed his friends. The trip is brutal and harsh, but his arrival brings yet more death to those he knows and loves.

Drugs, guns, human trafficking, and rivers of blood all wend their way through Bond’s work. As I stated previously, l am always left disappointed in Bond’s books, and still I come back for more, skimming for the realities of the story and trying to dismiss the ridiculous “heroes”. Be that as it may, it calls for a strong stomach as well as an ability to retain an open mind about just how twisted and sick the US, and their CIA lapdogs, really are – the misery they have wrought across the world. Would that Bond could see his way to dropping the testosterone levels – it would certainly make his books more approachable by a larger reading audience.

I received this book from the publisher in return for a realistic review. Five stars for the military and political research. Minus a star for bad writing. Minus another star for sheer testosterone poisoning and unrealistic character development.